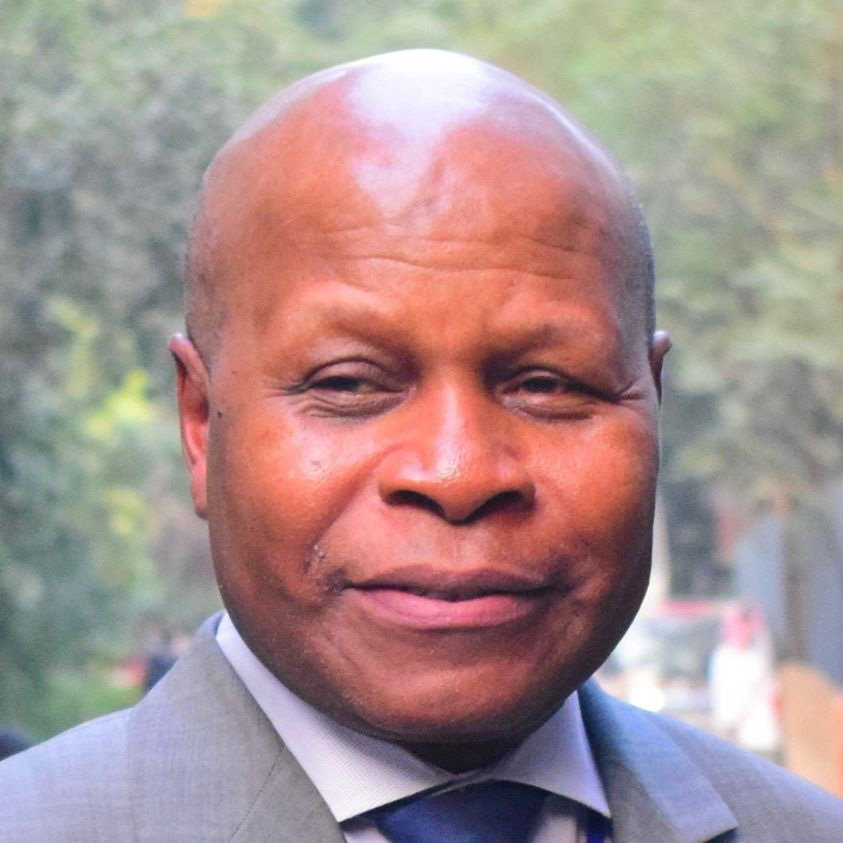 Professor Gaston M. N'Guérékata is a University Distinguished Professor and Associate Dean at Morgan State University in Baltimore, Maryland, USA. He earned a B.S, M.S and Ph. D. degrees in Mathematics from the University of Montreal in Canada. His dissertation on abstract differential equations was completed under the supervision of Professor Samuel Zaidman in 1980. Afterwards, he attended the University of California, Berkeley, through a postdoctoral program. His research areas include functional analysis, abstract harmonic analysis, spectral theory of bounded functions, functional and integro-differential equations, the asymptotic behavior of solutions of evolution equations, and both fuzzy and fractional differential equations.

He also served as Dean, Vice-Rector, and Rector of the University of Bangui in his home country of Central African Republic, where he held several high government positions. He joined Morgan State University in 1996 as a Lecturer, then Associate Professor in 1997, and intensified his research considerably.

Professor N'Guérékata has made important contributions in the field of almost periodic and almost automorphic functions and their applications to evolution equations. His monographs on almost automorphy are cornerstones in this area. Currently, we see an extensive growth of interest to this field thanks to Professor N'Guérékata's works. He is the author of over 250 research publications, including 10 monographs at the doctorate/research level published by Springer, Worldscientific, Kluwer Academic, and Nova Science in New York. Professor N'Guérékata is the Founder and Chief Editor of the International Journal of Evolution Equations and the Journal of Nonlinear Evolution Equations and Applications. He is an Associate Editor for Applicable Analysis, Nonlinear Studies, and a member of editorial boards of over 18 other international mathematical journals. In 2013, the Journal of Nonlinear Studies, edited by Cambridge Scientific in the United Kingdom, and Cubo, a Brazilian mathematics journal, simultaneously published two special issues to celebrate his 60th birthday. He has 100+ collaborators across the world and over 69000 citations and a h-index of 41 according to Google scholar.

Professor N'Guérékata is a Fulbright Scholar, a Fellow of the World Academy of Sciences (TWAS), and Fellow of the African Academy of Sciences (AAS). For his contributions to research and higher education, he has received numerous honors in the US, such as the Iva Jones Medallion, the Dr. Santye Jean McIntire, II, International Award, and the NAFEO Noble Award. He also received the Legion of Honor from France, the Order of Merit, and the Academic Palms from the Central African Republic.

He was the Claytor-Wooddard Invited Lecturer at the Joint Mathematics Meetings in San Antonio, Texas in January 2006, and the Joaquin Bustoz Jr. Lecturer at the Blackwell-Tapia Conference held in 2014 at the Institute of Pure and Applied Mathematics at UCLA. He was also the keynote speaker at the International Conference on Dynamical Systems in Kolkata, India in 2012, the International Conference on Mathematical Analysis and Application in Modelling (ICMAAM-2018) in Kolkata, India, and received the Memento of Honor from the Indian Mathematical Society in 2019. He gave numerous invited lectures at several International Conferences in the US, India, China, Morocco, Guadeloupe, Cameroon, Vietnam, Burkina Faso, and Senegal. He has visited universities in many countries including France, Canada, Puerto Rico, India, China, Guadeloupe, Martinique, Senegal, Burkina Faso, and the US.