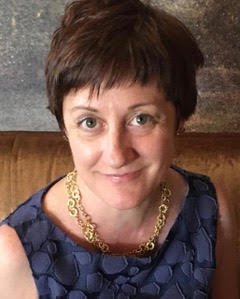 Giulia Di Nunno born in Milano, Italy in 1973, is professor at the University of Oslo with an adjunct appointment at the Norwegian School of Economics. She works in stochastic analysis and its applications, specialising in stochastic calculus and time-space dynamics. Her recent interests include time-change models and the use of information in stochastic control as well as nonsemimartingale methods in the calculus. Di Nunno has been leading various research programs including a Centre of Advanced Studies project at the Norwegian Academy of Science in 14/15. At present she is head of STORM - Stochastics for Time-Space Risk Models.  In parallel with her active academic career, Di Nunno has contributed significantly to the promotion of high level mathematics, particularly in Africa, where her first research visit was in 2001. Di Nunno has been chairing the Committee for Developing Countries of the European Mathematical Society and has been involved in CIMPA and ISP. She has encouraged excellency in research and education with different initiatives, including the Emerging Regional Centres of Excellence. Africa has a number of such centres active in the continent at the present time. For her long-lasting activity and groundbreaking initiatives, Di Nunno has been awarded the ICIAM Su Buchin prize in 2019.